Quiet Professionals and Quiet Discipline: The Death of Wahedullah Khan and the Disciplining of the U.S. Army Special Forces 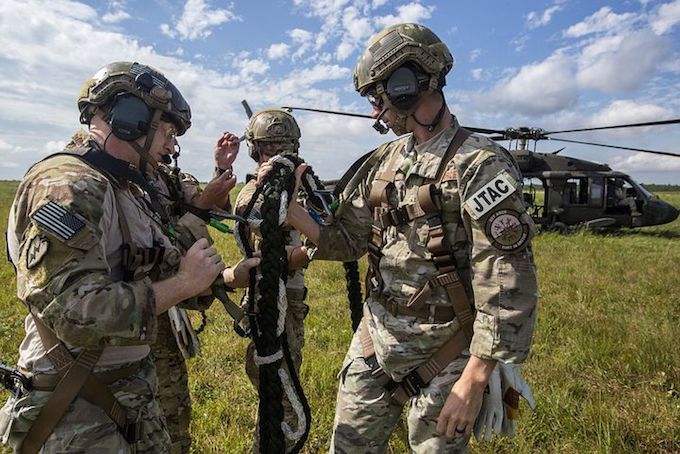 The U.S. Army Special Forces, commonly known as the Green Berets or “Quiet Professionals”, are among the best the U.S. Armed Forces can offer in terms of practicing unconventional warfare (UW), foreign internal defense (FID), and direct action (DA) missions with a counterterrorism focus. They spend years learning these tactics and becoming some of the most skilled tactical operators and performing some of the most sensitive missions within the U.S. military.

On 18 October 2018, an attack by the Taliban near the Shindand airbase in Afghanistan’s Herat province resulted in the death of a Czech service member and the wounding of two other Czech special operators and an American service member. In the pursuing investigation, U.S. forces arrested “the attacker [Wahedullah Khan, a member of the Afghan National Army Commando Corps] within hours” where he was held under NATO custody before, on the night of the 18th, he was transferred back to Afghan custody; he later died in Afghan custody, never regaining consciousness.

In November of that year, the U.S. Army, through the Criminal Investigative Division, began investigating on the request of “[General Austin S.] Miller, the commander of NATO’s Resolute Support Mission… [to] conduct an investigation into the facts and circumstances surrounding the death of the shooter” according to a NATO spokesperson. Certain members of the Czech special forces were under investigation as well.

These news reports constituted the last this case was mentioned in the media. On 29 March 2022, Army Times reporter Kyle Rempfer, who had written on the case twice before, published an in-depth examination of the case gaining redacted case files “through a Freedom of Information [FOIA] request”.

According to Rempfer, after Wahedullah was captured and handed over, a translator reported intense anger from multiple U.S. soldiers, Green Berets. The translator expounded, a month after the thirty-minute questioning by U.S. Army Special Forces personnel, that “The Americans choked Wahedullah, hit him in his crotch, slammed his head off objects and beat him… [while another] brandished a knife [and warned] “Now you are going to tell me the truth or I am going to slit your throat” before being stopped by another Green Beret. At one point, according to the translator’s testimony, a Czech operator entered the room and “started choking the shooter and spitting on him, grabbing his hair, he yelled at the shooter and pounded on the desk”.

Wahedullah would later require medical attention and shortly thereafter expire. Following the translator’s comments, Army CID opened an investigation. Investigating the room where Wahedullah was interrogated by American special operators, CID investigators found a room which “…appeared to have been cleaned” though blood splatters on the walls and ceiling eventually matched Wahedullah’s blood type.

Upon questioning, all eight Green Berets from the 7th Special Forces Group (SFG) (including a Captain, a Chief Warrant Officer, a Master Sergeant, three Sergeants First Class, and two Staff Sergeants) denied the events that took place. Army CID, according to these documents, were investigating the eight Green Berets on a variety of charge, including murder, voluntary manslaughter, aggravated assault, conspiracy, obstruction of justice, accessory after the fact, false official statements, failure to obey an order, and conduct unbecoming an officer.

In May of 2021, Army CID provided the results of the case to 1st Special Forces Command, the division-level command which oversees the 7th SFG, whose “leadership decided against prosecution” instead deciding to issue “general officer memorandums of reprimand (GOMOR)” against all eight, with six remaining permanently in the persons’ files. According to the Office of the Staff Judge Advocate (OSJA) of the Defense Language Institute Foreign Language Center (DLIFLC), a GOMOR is “a letter of reprimand given to a Solider by a General Officer [and] can be given for any serious conduct that does not meet Army standards” with examples ranging from sexual misconduct to civilian criminal charges to toxic leadership.

The Army Times has previously discussed GOMORs, calling them “a dreaded form of administrative punishment considered to be a “career-killer” when included in a soldier’s permanent personnel file” though some have questioned the Army’s use of these “in lieu of court-martial proceedings for more serious infractions of discipline”. According to Golden Law Inc., a law firm that focuses exclusively on military legal issues, these types of reprimands can be written for civilian offenses or a case the military decides not to take to trial “and doesn’t want to have involve non-judicial punishment could result in a GOMOR, or a letter of reprimand”. Yet, these types of memorandums of reprimand typically result in service members being “viewed as guilty until proven innocent by their chain-of-command and fellow service members”.

The OSJA has stated “In order for a Commander to give a Solider a GOMOR, the Commander must believe by a preponderance of the evidence that the Soldier committed the misconduct alleged… One way to think of it is that the Commander must believe by at least 51% that the conduct did occur”. So, according to how the OSJA looks at GOMORs, the commanders in 1st Special Forces Command believed, more likely than not, that this action did occur.

A spokesperson for the 1st Special Forces Command made an official statement, saying, “In this case, the investigation’s results did not present sufficient evidence of misconduct beyond a reasonable doubt for any of the offenses, which is the standard required to obtain a conviction at court-martial. Furthermore, there was not probable cause to believe that the most serious alleged offenses, including murder, had occurred… Our command is committed to upholding the highest standards of conduct and takes action to maintain accountability when evidence of misconduct meets the thresholds established by the rule of law”.

However, this case follows a pattern within the U.S. military’s special operations forces (SOF) community. More often than not, special operators who engage in potentially illegal activities against other U.S. service members, foreign civilians, and U.S. civilians either have the charges dropped and never head to trial, receive minimal punishment for the crime, or are seemingly protected by command. The only common denominator in these cases is that the persons involved are all members of elite units, be they the U.S. Navy SEALs, the U.S. Marine Corps Raider Regiment, or the U.S. Army’s 1st Special Forces Operational Detachment-Delta and perform some of the most sensitive missions the United States has to offer as well as holding high-level security clearances.

While these activities will most likely end at least six (if not all eight) Green Berets’ careers in the U.S. Army, in addition to potentially providing them with an other than honorable discharge, the denial or revocation of one’s security clearance, and the inability to re-enlist in the Armed Forces, these punishments still are rather lacking. In spite of whatever heinous and reprehensible crimes were committed by Wahedullah Khan, every person deserves to be treated in accordance with the Geneva Convention on Prisoners of War, signed and ratified by both the United States of America and the Czech Republic, and the respective laws pertaining to prisoners of in the respective nation-state.

Furthermore, the United States is intended to be the leading authority and fighter for democracy and democratic principles the world over. This kind of activity, first, damages America’s reputation abroad, in the eyes of other foreign militaries and governments and international legal and human rights organizations. It is essential that the U.S. Armed Forces uphold itself to the highest standards of land warfare law, the Uniformed Code of Military Justice (UCMJ), and the principles that the United States expects other nation-states to adhere by.

This case, given the fact that a person was effectively murdered by American special operators, should have been brought to trial and pressure should have been placed upon the operators to bring justice to, not only the family, but to preserve the moral standing the United States desires to have and display to the world that this type of behavior will not be tolerated, even if the victim is someone who had committed a criminal act. Holding persons fully accountable for their actions and not allowing such activities to permeate within the community tasked with handling the American government’s most important operations is vital and of the utmost importance.

OPINION
The Long War: The Failures of the U.S. Invasion and Occupation of Iraq
The Iraq War is of the important developments in Middle Eastern history & history of the U.S. Armed Forces. It's marked by failures, beneficial in preparing for future military engagements & conflicts