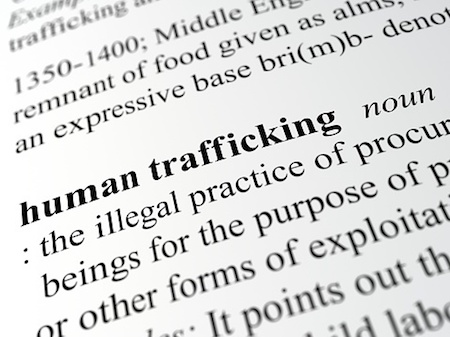 While these disciplines primarily are in use by government intelligence agencies, military forces, and law enforcement entities, they have immense benefits for Non-Governmental Organizations (NGOs). They can be used to track and prevent war crimes or genocide, gather information on a dictator’s policies or abusive behavior, and assist in making journalistic or legal arguments in international endeavors. While all of these intelligence disciplines are incredibly beneficial in working to combat these non-military global security threats, the issue of human trafficking is one that is best solved by a specific discipline; SIGINT.

A Background to Signals

Signals Intelligence is defined in the edited work The Five Disciplines of Intelligence Collection by William Nolte, a veteran NSA analyst and professor with the University of Maryland, as being a, “form of intelligence derived from the collection and processing of various forms of electronically transmitted data and information,” with this information coming in the forms of “human language material… electronic emission devices, primarily radar… [and] the interception of telemetry and other instrumentation signals”.

While the discipline is inherently technical, the usage of these forms of communication can be traced back to ancient times with Egyptian pharaohs using color coded flags and fires to send messages and the Roman military using basic forms of substitution encryption and writing letters; yet, the discipline truly came into its own with the development of radio transmissions for locating enemy fleets and breaking enemy codes in the late 19th century. With the development of advanced technological formats such as satellites, telephone, and fax throughout the 20th century, SIGINT has proven itself to be an extremely beneficial and useful tool in the fight against foreign military and intelligence services and non-state actors.

Human trafficking, meanwhile, is a significant criminal issue. According to the United Nations Office on Drug and Crime, human trafficking is “the recruitment, transportation, transfer, harbouring or receipt of people through force, fraud or deception, with the aim of exploiting them for profit [using] violence or fraudulent employment agencies and fake promises of education and job opportunities to trick and coerce their victims”. Humans are trafficked for various reasons: to serve as sex slaves, in military conflicts, domestic labor, commit crime, or in some cases for organ harvesting.

While the true numbers of human trafficking are incredibly difficult to track, a 2017 report from the UN’s International Labour Organization writes that an, “estimated 24.9 million victims are trapped in modern-day slavery” in which 16 million were “exploited for labor”, 4.8 million exploited for sex, and another 4.1 million “exploited in state-imposed forced labor”. The human trafficking industry takes in “an estimated $150 billion in illegal profits per year” with nearly $100 billion coming from sexual exploitation.

In the United States, according to the Polaris Project, a non-profit NGO focusing on combating sexual and labor trafficking, there were “10,583 situations of human trafficking [reported] involving 16,658 victims” in 2020.

As one may surmise, this process is incredibly complex and technical, being an intense logistical process. Recruiting victims requires duplicitous advertising, in both online and public spaces, while kidnapping persons requires a certain amount of tact to avoid detection; transporting potential slaves requires the coordination of travel, meaning the coordination of shipping or air travel, alongside the creation of fake immigration information and shipping records alongside communication with persons abroad and domestically about potential services that can be performed. Most of this kind of communication is going to be conducted through online means; instant messaging, verbal conversations over cellular devices, and email.

With SIGINT techniques, platforms, and tactics at the hands of international law enforcement and intelligence entities, human traffickers are at severe risk of detection and being stopped in their criminal activities. With the world becoming more technologically connected and the prevalence of SIGINT technologies within the private sector, it makes a great amount of sense to utilize these practices to halt traffickers.

However, the discipline has its limitations.

The Limitations of SIGINT

Mark Lowenthal, a former Assistant Director of Central Intelligence for Analysis and Production and Assistant Secretary of State for Intelligence, writes in his premier text on intelligence work, Intelligence: From Secrets to Policy, “COMINT [communications intelligence] has some weaknesses… it depends on the presence of communications that can be intercepted. If the target goes silence or opts to communicate via secure landlines instead of through the air, then the ability to undertake COMINT ceases to exist. Perhaps the landlines can be tapped, but doing so is a more difficult task than remote interception from a ground site or satellite,” while also noting that targets can encrypt their own communications, create false transmissions. This is seemingly corroborated in one by one journalist in an interview with a senior CIA/NSA veteran who details how, “[one has] to assume that 80 percent of the time you’re getting bullshit because people are always fabricating or modifying stories to make themselves look good and exaggerate their own role” further alleging that signals intelligence gained at the NSA is not as thoroughly examined and often disseminates intelligence, “of questionable value”.

This illustrates part of the problem and some of the limitations with Signals Intelligence. If a human trafficker decides to keep a low profile and only moderately utilize technical materials to communicate, instead electing other, more physical methods of communication with buyers or transportation contacts.

The key to making SIGINT extremely effective in intelligence analysis and in accomplishing the desired goal of halting human trafficking is by using it in coordination with other disciplines.

The Coordination of Disciplines

Where SIGINT fails, other disciplines are able to pick up the burden. For example, a phone call in Chechnya could concern the transportation of humans from Italy to Israel by members of the Chechen Mafia; while the information is there and present, there could potentially be multiple online communications or documents occurring in predominantly Chechen, Italian, and Hebrew. Naturally, finding a single analyst who speaks these three languages fluently would be impossible and finding three analysts who speak each language fluently would also be quite difficult.

This is a problem within the U.S. Intelligence Community (IC) too. Training personnel who meet the high standards of the IC’s various security measures in a foreign language takes time and, while there is an abundance of fluent speakers of languages, “In some cases…their ability to translate into English…is poor”. In creating a SIGINT collation, analysis, and dissemination organization focusing on human trafficking, there is an extreme need to have operators and analysts fluent in foreign languages (as well as the history, culture, geography, and people of a given region).

In this scenario, a HUMINT (meaning “information derived from an analysis of images and data associated with a particular location”) analyst would be able to assist given they are more often trained in the foreign language being spoken. HUMINT and SIGINT complement each other highly effectively given each discipline is able to find out information which the other cannot.

Taking this scenario further, suppose that analysts alert investigators that the shipment from Italy is due in Tel Aviv, yet does not show up in port. If the suspect’s phone is shut off or otherwise unable to be tracked by law enforcement, then the trafficked persons could effectively be lost. However, by using GEOINT (meaning “the exploitation and analysis of imagery and geospatial information to describe, assess, and visually depict physical features and geographically referenced activities on the earth”), the analysts could be able to locate and monitor trafficking vehicles while dispatching resources to combat them. In this case, GEOINT is able to effectively supplement SIGINT and provide solid, actionable intelligence that otherwise would be unavailable.

It is easy to see that there are many limitations of SIGINT which requires other disciplines to come in and be utilized in gathering more information. HUMINT is able to provide human sources which can provide information on future shipments or larger plans underway by organized criminal entities or human traffickers. GEOINT can provide analysts with a larger, bird’s eye view of delivery and storage locations and enable law enforcement to raid these places and rescue trafficked persons.

However, despite the limitations of the discipline, it would be a mistake to limit the way in which SIGINT is collected or gathered as the world has become so dependent upon technological systems to communicate, meet, and plan that the discipline is incredibly helpful in gathering and disseminating information that could otherwise have been unobtainable. Especially in combating a highly technical criminal action like human trafficking, SIGINT is vital to stopping the activity. Nonetheless, it is important that key changes be made in ensuring that other forms of intelligence gathering are made available and that policymakers and professionals realize that, while useful, there are certain areas that SIGINT cannot operate in.

In short, any intelligence discipline needs supplemented by other disciplines to be utilized most effectively in halting global security threats.

OPINION
A Brief Discussion on Transitional Justice
The rapidly expanding study of transitional justice is a subfield at the intersection of jurisprudence, comparative politics, and political theory.