When Hate for the Other Comes First: The Correlation of Globalization and Nationalism 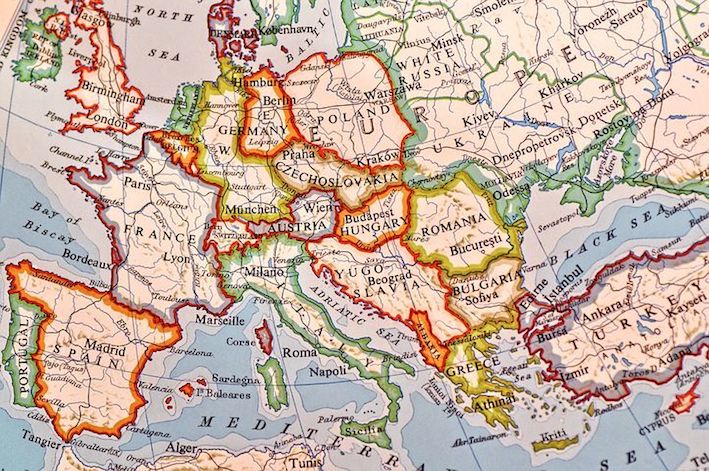 Nationalism is something of a new concept in both politics and international relations even though it has been around for centuries, at least in sentiment. Certainly, however, nationalism has been a much stronger force in the 21stcentury.

In the current year even, nationalism is rising in the halls of power and governments all around the globe. According to the Harvard Business Review, “During the current pandemic and economic downturn, political leaders might find it more expedient to search for solutions for their own citizenries” something that has already been occurring in globally and regionally important nations like the Philippines, Brazil, and China.

The Definition of Nationalism

Encyclopædia Britannica defines the political idea as, “[an] ideology based on the premise that the individual’s loyalty and devotion to the nation-state surpass other individual or group interests” while Stanford University’s online, peer-reviewed Encyclopedia of Philosophy defines nationalism as, “(1) the attitude that the members of a nation when they care about their national identity, and (2) the actions that members of a nation take when seeking to achieve (or sustain) self-determination” while furthering clarifying that the first point is often defined by someone’s ethnicity, origin, or cultural ties while noting that the second point results in questions raised about self-determination’s relationship to full statehood or a lesser classification.

It must be noted that nationalism is not a fully negative term. While nationalist sentiments can absolutely cause bigotry and xenophobia (thereby influencing genocides and other war crimes) “it, too, can carry positive connotations, such as patriotism and good citizenship”.

I agree with Stanford’s first definition, in that nationalism is the idea that one holds an allegiance to their own individual state as opposed to the globe (with their reasoning being political, ethnic, religious, etc.); as well, this can also happen within states themselves, with a person having allegiance to an ethnic group over the government or state.

Despite nationalism’s youth in the political and IR sphere, there are an abundance of examples involving nationalist or ethno-nationalist sentiments from the 1750’s and onward, from the 1848 French revolution to the break-up of Yugoslavia in the 1990s.

Globalization is essentially the ability for people and others to engage with one another and share new ideas.

The ability to communicate was vastly different when comparing the 1750s to the 1910s; people could communicate in a faster time frame via telephone or other communication devices (like Morse code) and books were printed at a much faster rate than ever before. The ability to print not only books, but newspapers were able to print receive and print news faster than ever before, allowing for the public to have more information about specific business dealings, military conflicts, or unrest in fellow countries. The potentiality to learn more about the developing world and the ability for individuals to explore different political theories and have more experiences in their respective societies was far more available than ever before.

This surely resulted in people thinking about their own place in their community, the direction in which their society was moving, and their country’s own stance and place in the globe.

In the United States, for example, at the onset of both World War I and World War II, nationalism was intense and passionate; the desire for the country to stay out of such an engagement was so fierce that German foods were renamed and (in at least one case in Luverne, MN) a German-American named John Meints was tarred and feathered for not supporting war bonds drives in addition to the Battle of Amiens being won, a significant turning point for the War.

In World War II, one of the largest anti-war organizations in the U.S. (800,000 strong) was the America First Committee (AFC), which had the stated goal of keeping America out of a European war. The desire to stay out of conflicts that did not directly affect American interests or result in a threat to U.S. citizens, businesses, or economy was a common belief and one that many Americans (both civilians and policymakers) today agree with. The receiving of news of the victory at Amiens and the altering of the First World War’s outcome could certainly be a reason behind Meints’ tarring-and-feathering. The creation of the America First Committee at Yale on September 4, 1940 could easily be a public reaction to the August 14th announcement of the Atlantic Charter by Winston Churchill and Franklin D. Roosevelt (though AFC had been in development since as early as 1939).

The ability to communicate and receive information has greatly assisted in the development of nationalist ideas. Without the increased ability to publish one’s own materials through printing presses (or the internet), the Irish Citizen Army and the Irish Volunteers would never have been able to issue their 1916 Proclamation of the Republic nor would Hitler have been able to publish his wild racial theories and fascist desires for Germany in his 1926 autobiography Mein Kampf nor would Paul Revere have been able to incentivize American citizens towards war and independence from Britain without his printing of the propaganda that was the Boston Massacre. Globalization, through communication, the advent of technologies to enhance faster and more effective communication, individual industrial/social revolutions, and changing societal views and predicaments, has significantly assisted in the development of nationalism.