Hearts and Minds: China’s PSYOP Capabilities and The Need for A Navy Counterpart 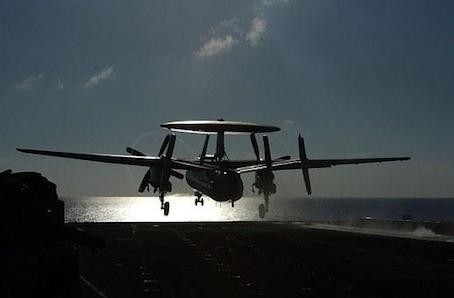 Psychological operations (PSYOP, also known as PSYWAR or MISO (Military Information Support Operations)) is defined broadly as “military operations usually aimed at influencing the enemy's state of mind through noncombative means (such as distribution of leaflets)”. The U.S. Department of Defense (DoD) defines the tactic as a way of conveying “selected information and indicators to foreign audiences to influence their emotions, motives, objective reasoning, and ultimately the behavior of foreign governments, organizations, groups, and individuals. The purpose of psychological operations is to induce or reinforce foreign attitudes and behavior favorable to the originator’s objectives”.

While the U.S. has a strong PSYOP program (largely controlled by the U.S. Army), other nations have substantial PSYOP capabilities as well. One of these is China, which has, since the mid-1990s, prioritized a “Three Warfare” strategy consisting of;

1.     “Strategic Psychological Operations: The pre-conflict posturing of military/paramilitary forces or application of other national capabilities (diplomatic, economic, cultural) with the intention of intimidating adversaries and encouraging acquiescence to PRC-desired outcomes.

2.     Overt and Covert Media Manipulations: The use of materials delivered to public audiences through established news services, informal internet sites, and other social media to influence domestic and international perspectives associated with ongoing disputes involving the PRC’s interests.

China’s ability to wage this type of warfare is extensive. Historically, in a military sense, China has “set up loudspeakers that belt out Punjabi numbers at their forward posts” along the Chinese-Indian border. In Taiwan, the People’s Liberation Army (PLA) developed a new aircraft, similar to the U.S. Air Force’s EC-130J aircraft, an aircraft which acts as “a flying broadcast station which can transmit media in AM, FM, HF, TV and military communication frequencies to enemy positions”; China’s aircraft “would likely be used to broadcast messages to demoralize Taiwanese troops, and persuade them to surrender”.

While the effectiveness of this tactic is unknown, given the fact that Taiwan’s military has a rather low morale, this tactic could easily be highly effective.

On a global scale, China’s ability at carrying out disinformation operations online against the United States and other foreign threats during the COVID-19 pandemic has been discussed in depth by various U.S. and international journalists, think tanks, Asian human rights experts, and homeland security authorities.

China’s ability at carrying out PSYOP campaigns aimed at military personnel and units and foreign nationals is exceptional and incredibly powerful. Naturally, given how China is so antagonistic towards the U.S. and U.S./Western allied nations in Asia, serious measures need to be taken to ensure that China does not gain the upper hand in the South China Sea or in other parts of Asia. Taiwan, Japan, and South Korea all are key allies to the United States in the South China Sea and ensuring their security in addition to their not coming under foreign orbit is essential. Historically, the U.S. Navy and Marine Corps (USN/USMC) have been very effective in conducting psychological operations, though, largely there has been only one conflict in which the Navy and Marine Corps played a role in conducting PSYOP missions.

Naval Forces and the 1991 Gulf War

The 1991 Gulf War was the first major combat operation to galvanize the U.S. public and a defining moment in Middle Eastern history. Among the many individual battles and operations conducted, there is one that is rather unheard of and forgotten in the larger context.

The Battle of Failaka Island was not the most strategic or important battle that took place within Kuwait, yet it held a large amount of Iraqi soldiers, over 1,400. Getting these soldiers to surrender would be an imposing task, one that would result in extensive allied losses, so finding a solution to this problem was imperative. The Navy, through the U.S. Naval Forces, Central Command, decided to take part in a “MARCENT [U.S. Marine Forces, Central Command] loudspeaker operation” informing the Iraqi forces that “if they were not in a specific location at a specific time, with their weapons left at their base, they would be attacked by US marines”; according to one participant, Sergeant Dan Voss, “next morning, to our surprise, 1,400 people including an Iraqi general did exactly as we asked them to do. And the island was taken without a shot fired”.

The Marine Corps, on the other hand, were also quite active in psychological operations during the rest of the conflict. According to an August 1997 essay from the Landpower essay series of the Association of the United States Army’s (AUSA) Institute of Land Warfare, “Marines were enthusiastic about the use of tactical PSYOP to support all phases of their operations” and “…were extremely effective in taking prisoners and influencing enemy action through the judicious use of loudspeaker teams and leaflet drops…PSYOP significantly supported the MARCENT deception plan by disseminating leaflets to convince the Iraqis in Kuwait that an amphibious assault was imminent. Intelligence gathered after cessation of hostilities indicated that this campaign was highly successful”.

While these operations are limited to purely one conflict, it is clear that the Marines and Navy forces were very successful in their abilities to conduct psychological operations, displaying a clear ability to coordinate and carry out these missions with astounding success.

In its current state, however, the U.S. Navy and Marine Corps’ ability to conduct strict psychological operations like what can be seen with the U.S. Army (e.g., dropping leaflets, disseminating information through broadcasts, constructing white/grey/black propaganda), is lacking.

Since 2010, the U.S. Navy has been more focused on Information Warfare/Operations (IW/IO), “an operation conducted in order to gain an information advantage over the opponent…controlling one’s own information space, protecting access to one’s own information, while acquiring and using the opponent’s information, destroying their information systems and disrupting the information flow”, performing this through the Naval Information Forces (NAVIFOR) and U.S. Fleet Cyber Command (FCC). Despite this, the Navy’s ability to act in a support capacity to Army PSYOP operations is significant. According to Joint Publication 3-13.2, published by the Joint Chiefs of Staff, “The US Navy employs a wide range of dissemination assets, product reproduction capabilities, and planning resources that can support joint and Service PSYOP missions. Navy afloat and ashore IO cells coordinate with joint PSYOP experts to identify maritime audiences, develop themes and products, and plan dissemination”.

It was only in 2018 that the USMC created a new “primary job field” specifically to “convey strategic messaging in support of American interests or military operations”; while the specialty was available before as an add-on to a Marines’ primary field, this reclassification would result in being a Marine’s sole duty. This shows that the Corps decided to take seriously the new and emerging threats, both online and in the field, that Russian and Chinese PSYOP was having.

While the Navy and Marine Corps are key support personnel for PSYOP and are better improving their PSYOP capabilities, both branches need to more quickly recognize the need for field PSYOP measures at sea.

OPINION
Enhanced Interrogation: An Ineffective Form for Any Intelligence Policy
A Euphemism for TORTURE...